We believe that incineration will never play a major role in truly sustainable waste management.

In my conversation with Rachna Yadav who has a masters degree in Environmental Science, she mentioned why non-incineration is better than incineration. She shared here concern about burning of waste which leads to release of many extremely harmful pollutants such as mercury , dioxin. Ash remaining at the bottom of the incinerator often contains heavy metals that may leach out. The incineration technology is costly as compared to non- incineration technology. Energy produced from waste incineration are not clean and renewable. Incinerator restricts the zero waste initiative as incineration requires high waste volume that discourages waste reduction and recycling practices.

Now, let’s know more about why non-incineration is more beneficial than incineration.

If you decide to install pollution control devices, this would only increase your cost further. Not to mention how operator training and continuous monitoring will add to this cost.

These poisonous air pollutants pose a significant threat to the people working at the incineration plant, the public, and the environment.

In Fact according to a report, medical waste incineration was identified as the single largest source of dioxin pollution and a source of other pollutants.

Even if additional devices are installed to reduce the release of gaseous pollutants, it will eventually increase the content of these pollutants in the solid waste phase. Moreover, these are ultrafine particles that are highly reactive and recent research indicates that inhaling these particles can have an adverse effect on human health.

Moreover The Stockholm Convention is a global treaty to protect human health and environment from persistent organic products. Appendix C of article 5 lists waste incinerators among the main sources of dioxin in the environment. Unlike incinerators, persistent organic pollutants are not generated when medical waste is treated using non-incineration technology. Investing in environment friendly and cost-effective non-incineration technology seems to be a better and profitable option.

4) Ash Generated By Incineration Is Likely To Be Dangerous

As stated in the previous point, the installation of additional devices will reduce the gaseous emission but will turn it into a different waste phase. Along with dioxins and furans the ash also consists of other hazardous substances and heavy metals such as chrome, lead, nickel and zinc which can be harmful if released in the environment.

5) Incineration Is Opposed By Many Communities

I understand if you don’t care about someone’s perception of you. However when we talk about a business you want your brand to be standing on the right side of the line. Using Non-incineration technologies can help you here. It helps show your commitment towards environmental wellbeing and public safety.

When someone sees a plume of smoke from a hospital incinerator, they are worried about its impact on the environment and on the surrounding community. The community’s opposition to incineration for a clean environment should be considered before installing or operating an incinerator. Choosing a non-incineration technology will make the people of the community believe in the health care organization’s commitment towards protecting the public health and environment.

To conclude, we read above how Non-Incineration is better than Incineration when it comes to treating biomedical waste. It emits fewer pollutants and generates solid waste which is not hazardous. Benefits to the environment and human health are icing on the cake. This technology is cost efficient and is a better option for a cleaner and healthier surrounding. So if you’ve not jumped onto the Non-Incineration wagon now you have enough reasons to. 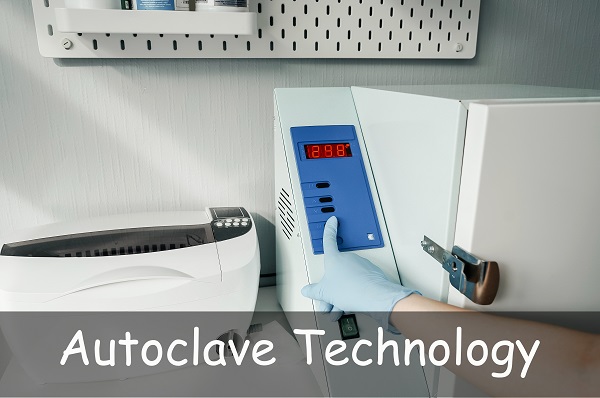